THE MUSEUM OF 20TH CENTURY, BERLIN 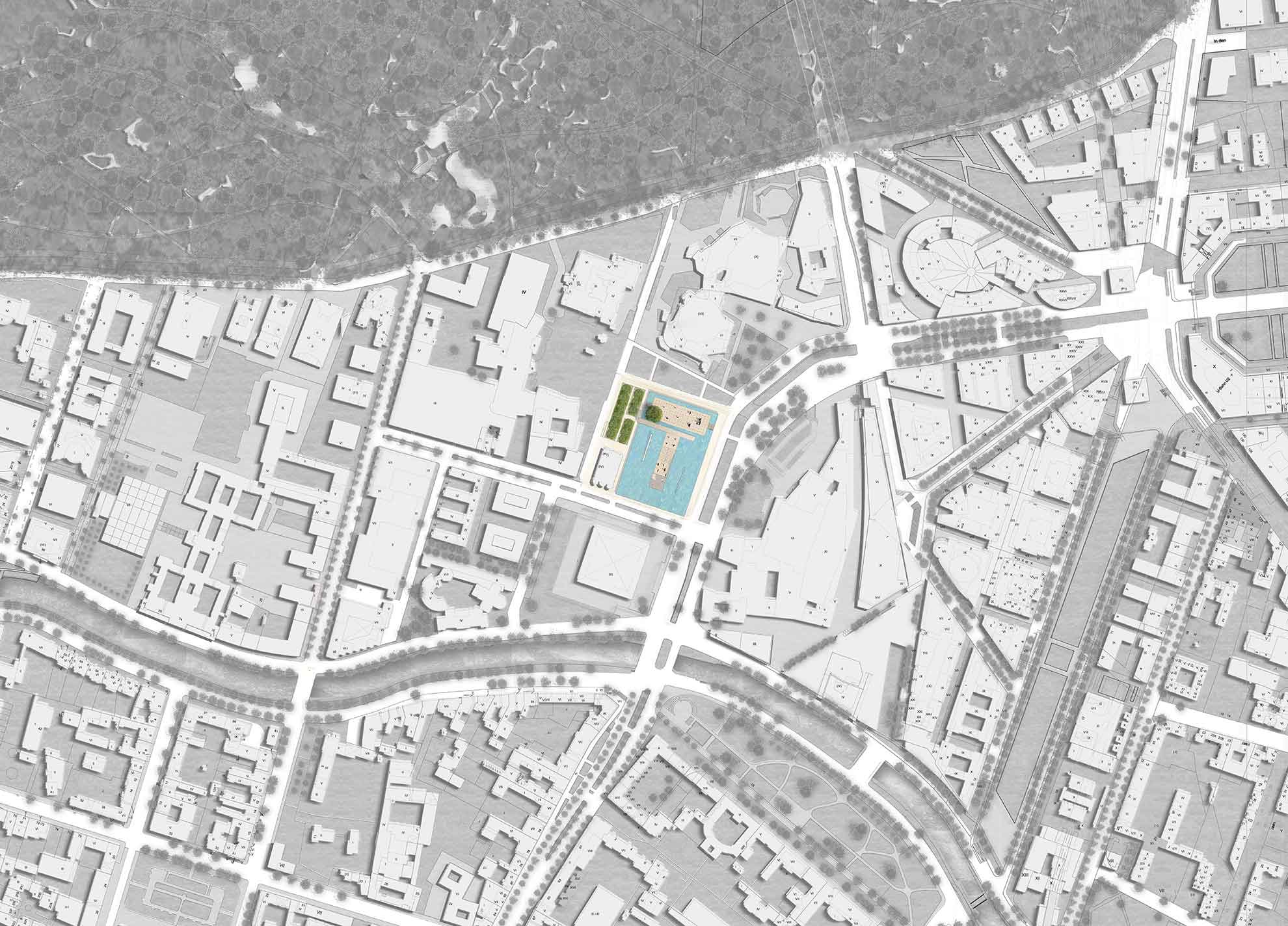 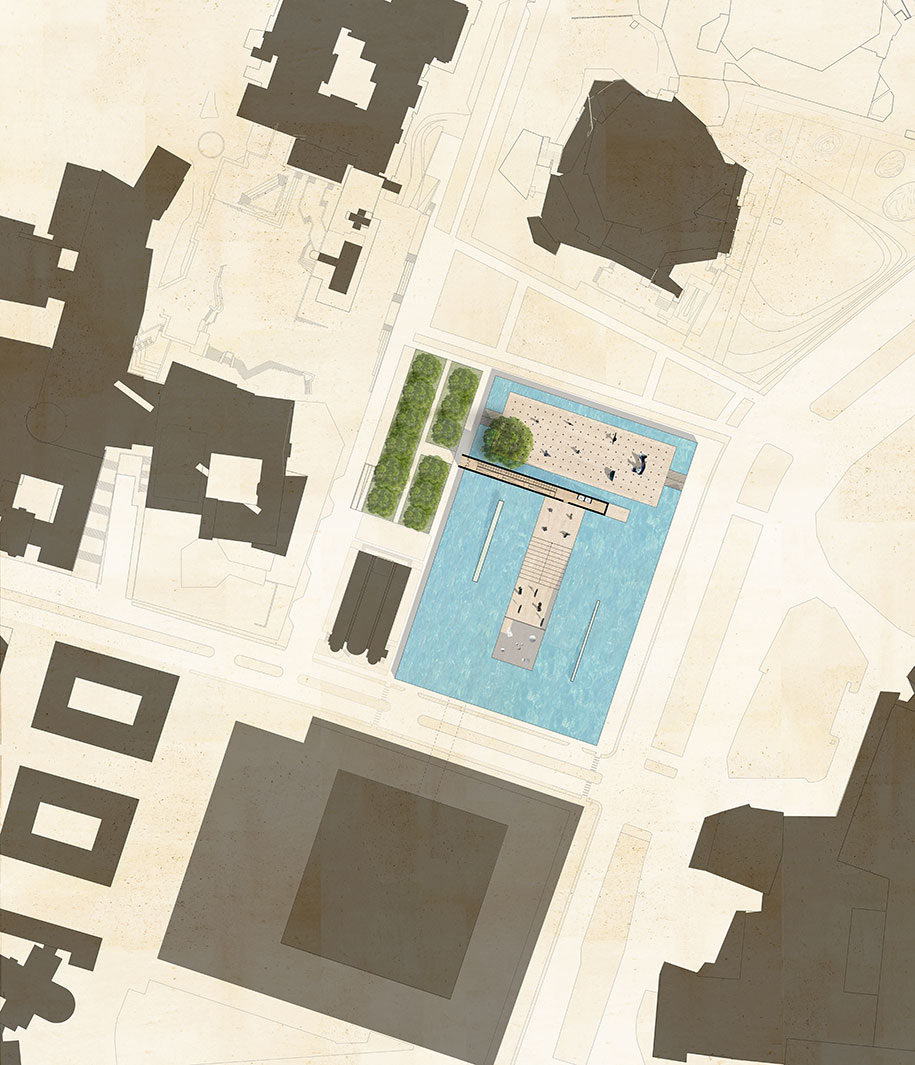 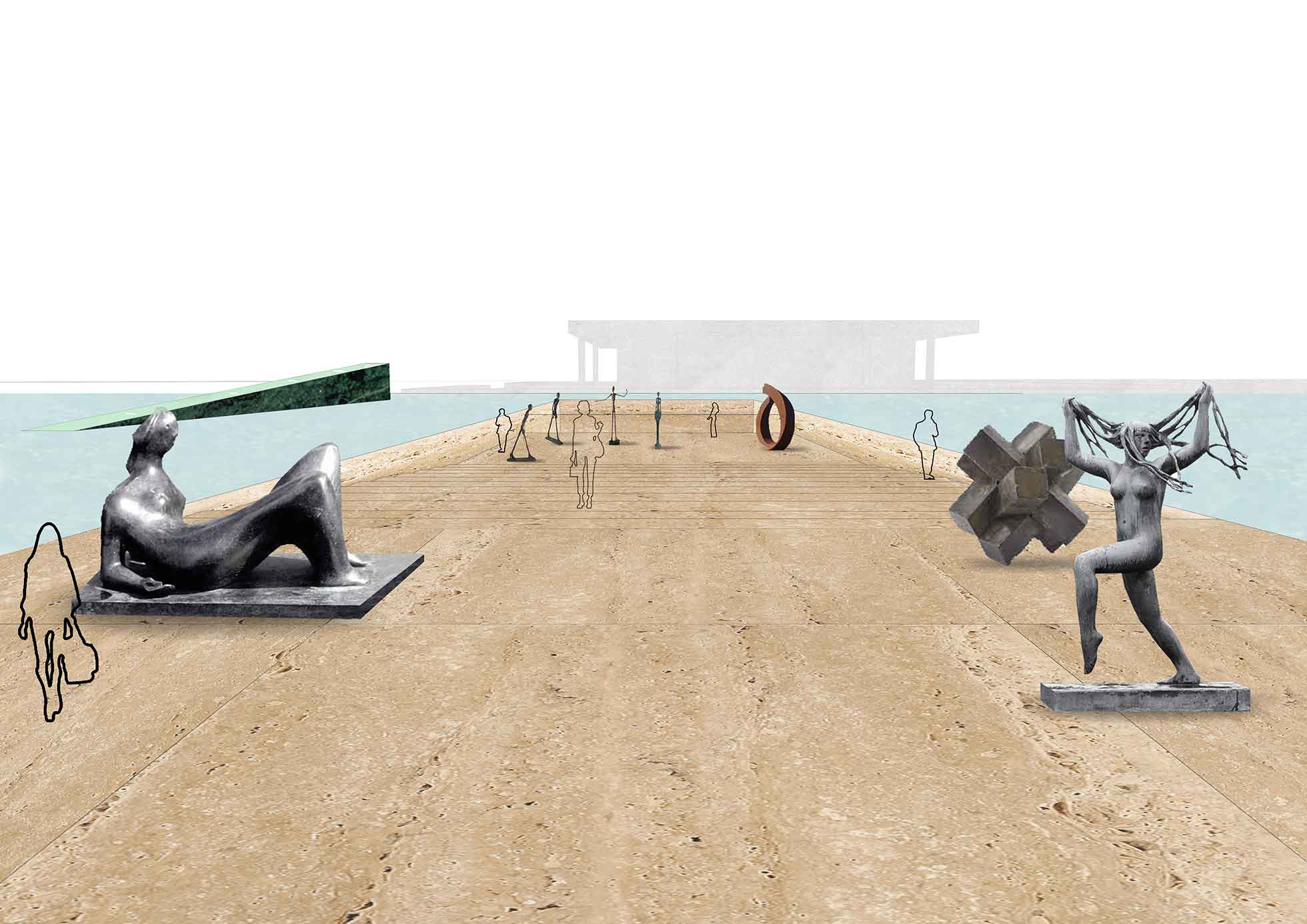 The 20th Century Museum will be located in the Kulturforum district of Berlin, where it will form an expanded museum complex with Mies van der Rohe’s world famous Neue Nationalgalerie.

Mies van der Rohe’s iconic gallery has become a worldwide symbol of Berlin. The construction of a new building next to it might bring a conflicting energy and create competition between the two. To achieve a harmonious synergy between the two sites, therefore, we propose to build the new museum largely underground, while the street level architecture – whose concept draws inspiration from hardscape installations – can serve as an open-air exhibition space to display urban sculptures. This design strategy allows to maintain an overall effect of visual unity between the two distinct sites of the 20th Century Museum.

We envision the new museum extension covered by a 3.25m high travertine platform – as high as the Neue Nationalgalerie’s. Water flows on the surface of the platform and falls off its edges in a continuous and gentle waterfall that washes and purifies the travertine walls. There are three triangular structures on top of the platform. The largest among them cladded in travertine, contains the main entrance to the museum. The other two are cladded in Green Marble and Golden Onyx – the same stones used by Mies Van der Rohe for his Nationalgalerie – and they function as skylights for the underground exhibition area.

Inside the museum, a double-height, open-air courtyard opens into a square hole in the platform, bringing air and natural light to the interior areas.

At street level, our design is completed by a series of terraces where modern urban sculptures are on permanent display.

® One plus One Make One

We use cookies to ensure that we give you the best experience on our website. If you continue to use this site we will assume that you are happy with it.Ok